Theme: Exchange questions, answers, and best practices in the field of Neurology 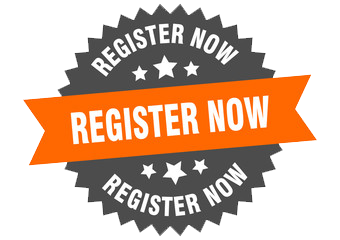 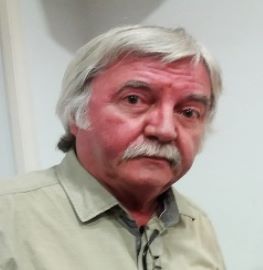 Functional Neuroimaging for Prognostics and Diagnostics in Brain Disorders 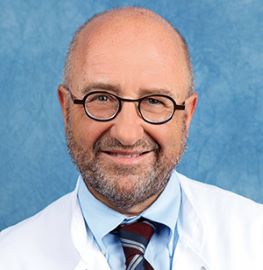 After receiving his Medical Degree at the University of Ulm, Dr. Schupp got a broad clinical education and did residencies in Psychiatry at Max Planck Institute for Psychiatry, Munich, and in Neurology at the Clinic for Neurology, of Ludwig Maximilian University (LMU), Munich. In this time he additionally started his work on neurorehabilitation together with the Clinic and Institute for Physical and Rehabilitation Medicine of LMU Munich. Very early (1989) he became (Junior) Medical Head of a privately owned neurorehabilitation clinic. Since 1996 he is presently Medical Head of the Department for Neurology and Neuropsychology, Fachklinik Herzogenaurach, a privately owned inpatient and outpatient rehabilitation clinic affiliated with FAU since 2017 he is additionally heading the Department for Geriatric Rehabilitation. Dr. Schupp has received the recognitions as neurologist, psychiatrist, and geriatrist, and for social medicine, all by the Bavarian Chamber of Physicians, where he had become a member of Advisory Boards for these medical subspecialties. He has been appointed as a member of Advisory Boards and of Managing Groups by different legal and statutory Bavarian and German institutions and by some national scientific societies working in the field of neurorehabilitation and social medicine. He had been a Delegate to the European Assembly of Neurology (EAN) from 2015 - 2018, and is still a member of its scientific panel Neurorehabilitation. His scientific work started with clinical approaches to neurorehabilitation problems in stroke, TBI, and others, even rare neuromuscular diseases. Due to his expertise in social medicine he published some important basic papers on organization and delivery of neurorehabilitation treatment and services in Germany. He and his clinic was involved in CERISE (Collaborative Evaluation of Rehabilitation in Stroke across Europe) financed by EU Commission and Switzerland. Since 2014 he has started common research on stroke rehab with Fujian University of Traditional Chinese Medicine in Fuzhou/China. His papers and presentation had been awarded on the national, the European and the international level several times. Dr. Schupp is listed in Editorial boards of national and European journals in the field of (neuro) rehabilitation and social medicine. 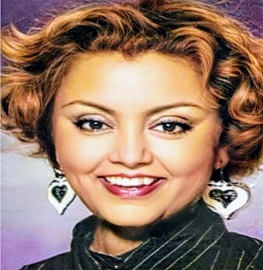 Adopting laughter therapy to get a dosage of happy hormones to remove the stress caused by being in slight pain, being depressed, being unhappy anxious or sad. Saying positive affirmations aloud changes body cell energy.

MS. SUCHI is an experienced International Pre School Principal/Manager who picked up  Laughter exercises from many coaches around the world. She then designed ‘Laughter Therapy' which is being used  in many places such as hospitals and Senior Activity Centres. She provides individual and group therapy in educational and home settings. A former Manager / Trainer is now engages in building social awareness about Holistic approach for recovery. Be it Depression,  Anxiety caused by physical or emotional pain,  Death  in the family  and the harm the unhappiness brings to people, families and communities. Her aim is to encourage people to seek help early and get on the path to recovery. Her works has been featured in local press, TV and Radio and has been an invited speaker at various community clubs and educational  Institutions.  She has also been awarded by MINDS and various community clubs  in recognition of her social work. 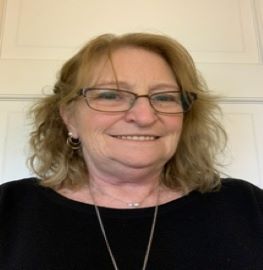 Stroke Education for APNs: How can they improve the care process?

Erica Edfort have over 15 years experience as a stroke health care professional working with several hospitals systems developing the protocols to manage the care of the acute stroke patient.  I have many years experience educating stroke patients, family members, the community and a variety of stoke health care professionals through the state of New Jersey to provide the highest level of care possible. As an educator, I now teach my students the processes to follow to provide appropriate levels of care for the acute stroke patient. 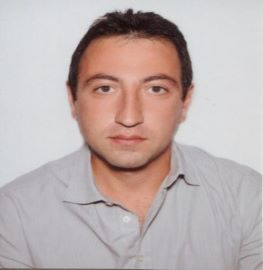 Luigi Vetri is a physician and researcher at Department of Sciences for Health Promotion and Mother and Child Care “G. D'Alessandro,” at University of Palermo. He has been collaborating for two years with Oasi Research Institute-IRCCS in Troina in the field of congenital and inborn causes of intellectual disabilities and neurodevelopmental disorders. 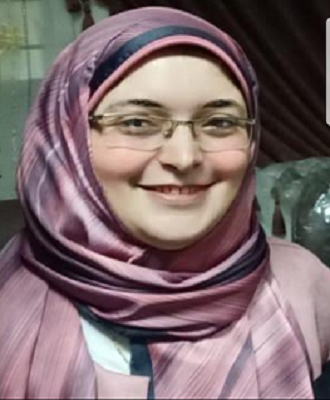 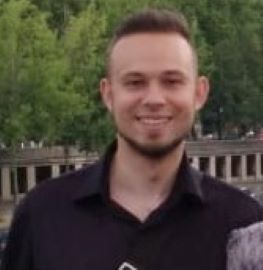 Huntington’s disease: the impact of the length of the polyglutamine tract and the reasons for the selective vulnerability of medium spiny neurons

Dr. Vigont studied Physics at the Saint-Petersburg State Politechnical University, Russia and graduated as MS in 2009. He then joined the research group of Prof. Mozhayeva at the Institute of Cytology, Russian Academy of Sciences (INC-RAS). He received PhD degree in 2013 at the same institution. Nowadays he is a postdoctoral fellow in the department of Prof. Kaznacheyeva (the disciple and successor of Prof. Mozhayeva). He has published 16 research articles in SCI(E) journals 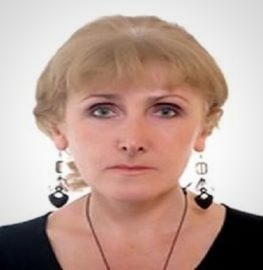 Dr. Nato Bukia graduated from Tbilisi State University (1982) and earned master's degree in Biology (1986); Works as a Senior Research Scientist at Neurophysiology Department of Iv. Beriatashvili Experimental Biomedicine Center. She has been giving lectures at Tbilisi State University and Caucasus International University. She participated in various local and international conferences:  USA, Denmark), France, Spain, Greece, Turkey, Netherlands. She has won various grants of Shota Rustaveli National Science Foundation.  She is a Member of FENS and IBRO. She has published more than 60 articles. 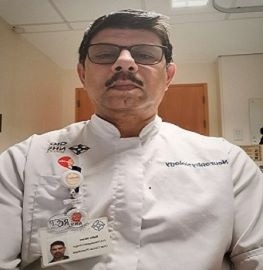 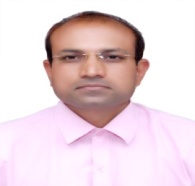 Dr. Rahul Hajare has been a hard worker all his academic life. After his Ph.D in Pharmacy from KLE college of Pharmacy which he completed with flying colours, he is fortunate to work NARI primer HIV research Institute to complete Post Doc under the of World Renowned Scientist Respected Dr. R.S.Paranjape., Retired Director & Scientist ‘G’ National AIDS Research Institute Pune. Dr. Rahul Hajare has Associate Professor of Pharmaceutical Medical Chemistry to Pune University (until 2020), he has serviced three times Associate Professor in Pharmaceutical Science and Analytical Science. Graduated from Amravati University in 2003, after an assignment he worked as an M.Pharm Scholar in the Institute of Pharmaceutical Education and Research passed with distinction, he has Post Graduate Teacher for Master of Pharmacy, he has more than 30 scientific and methodological works. Rahul Hajare is a certified teacher based out of Pune. Rahul Hajare have been selected for the IA HUA OTHS Scholarship and have been enrolled into the "Orientation to Hindu Studies" course at Hindu University of America. 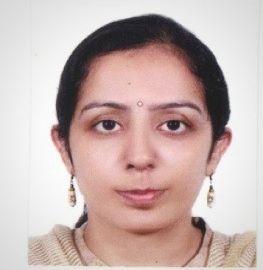 Dr. Meenal Dhall is presently Assistant Professor and teaching in the Department of Anthropology, University of Delhi, Delhi-110007, India. Dr. Dhall completed Doctorate of Philosophy in Anthropology from University of Delhi, 2013 entitled “Physical Activity Pattern and Metabolic Syndrome among Adult Males and Females: A Follow up Study”. She has many academic accolades to her credit. She has successfully completed eight research projects in five years (2013-2017). Dr. Dhall has 40 research articles published in National as well as International journals. She also has 05 edited books and 02 books. Dr. Dhall has visited many countries like Germany, Sweden, Austria, France, Cape Town in connection with academic activities. Her areas of interest are Physiological Anthropology, Kinanthropometry, Ergonomics, Public Health and Epidemiology, Nutrition, Physical Activity, Neuroscience, Human growth and development and Epigenetics. She is life member of various National and International organizations. 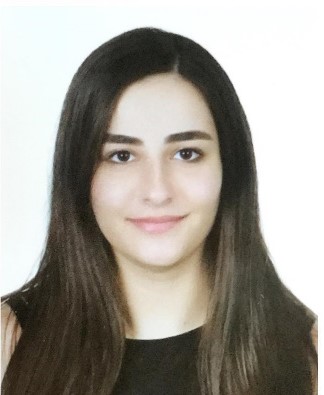 Hawraa Abou Khalil has completed doctor in pharmacy (pharm D) and research master II in Clinical Pharmacy and Epidemiology at the age of 23 years from Lebanese University, where she received honorable mention with congratulations from the jury. She previously worked in Hammoud hospital for 8 months as a clinical pharmacy intern and in Pharmacy Madonna. 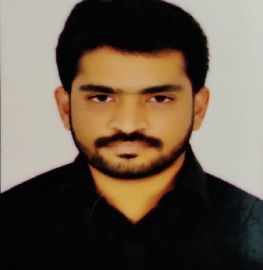 Dr. Benoy George works in the Community Reintegration Program, an intensive outpatient day program, at UI Health. Dr. George also provides outpatient psychiatric care for mental health evaluation and medication management. He is interested in mood and anxiety disorders as well as individual and group psychotherapy. His research interests include the effect of patient engagement on continuity of psychiatric care. 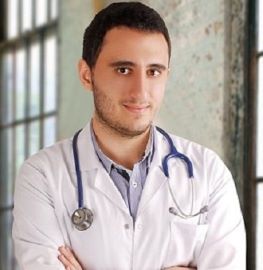 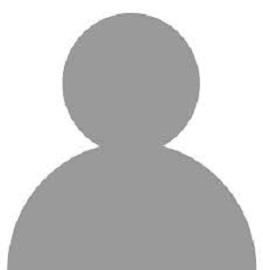 An ERP study during meditatation